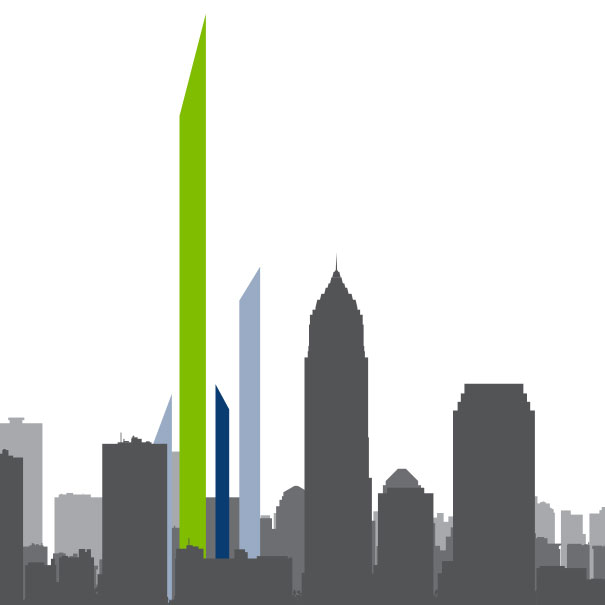 In Memory of J. Donald Cairns 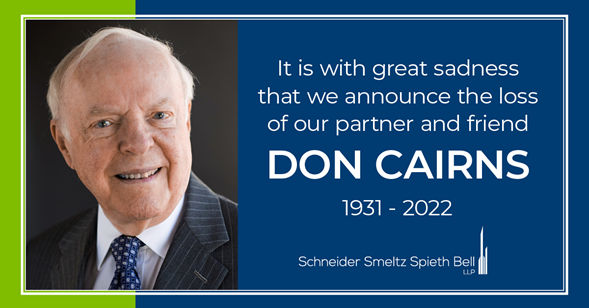 It is with a heavy heart that we share this news with you. Our friend and former colleague, J. Donald Cairns passed away on June 15, 2022. A memorial service will be held on July 22 at 11 AM at St. Paul’s Episcopal Church, 2747 Fairmount Boulevard, Cleveland Heights. In lieu of flowers, contributions are encouraged to Piano Cleveland.

Don practiced trusts and estates law in Cleveland, Ohio, for more than 60 years, and retired from Schneider Smeltz Spieth Bell LLP, in 2019 at age 88.  Don was an icon in the local and national legal communities, and in the professional lives of those who were privileged to call him their colleague.  He was loved and respected by fellow lawyers and clients.  Serving as a mentor and teacher, he influenced the careers of so many younger lawyers as well.  He taught younger lawyers not only how to decipher the technical nuances of the generation-skipping transfer tax, but he also served as a shining example of how to lead a client through a difficult discussion about sensitive family issues.  His legacy will live on for a long time, through the client families who benefitted from his brilliant estate planning advice, and through the many lawyers trained under him who still start out solving a legal problem with the thought: “Now what would Don do here?”  He will be sorely missed.

Don’s love of the law was matched by his passion for advancing Cleveland’s culture, music, and civic organizations.  Don was generous with his time and his talents, serving on many professional and charitable boards.  He was a member of the Ohio State Bar Association’s Estate Planning Probate and Trust Law Council for more than 20 years, served as a Regent of the American College of Trust and Estate Counsel (1992-1998) and sat on the Advisory Committee of the Heckerling Estate Planning Institute for more than 30 years.  Among his charitable board activities, Don served as Secretary of The Union Club Foundation, President of the City Club of Cleveland Foundation, President of the Cleveland International Piano Competition, Secretary of Bluecoats of Cleveland, and he also sat on the boards of the Cleveland Council on World Affairs, Cuyahoga County Library Foundation, National Machinery Company, Bratenahl 100, and the Cleveland Botanical Garden.

Don was born on August 5, 1931.  He graduated from Harvard College in 1952, served as a Naval officer until 1955, and then obtained his J.D. in 1958 from The Ohio State University, where he was Order of the Coif and Editor-in-Chief of the Ohio State Law Journal.  He began his legal career at Squire, Sanders & Dempsey, now known as Squire Patton Boggs.  Listed in Best Lawyers, Who’s Who in American Law, and Chambers High Net Worth, Don received the Estate Planner of the Year award in 2002 from the Estate Planning Council of Cleveland.  Don raced his Tartan 10 sailboat, Celebration, for 31 glorious seasons on Lake Erie.